“These are the times that try men’s souls…” 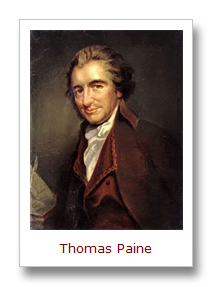 During the Revolutionary War, getting soldiers to stay in the Continental Army was one of the biggest problems facing the American commander in chief, General George Washington.

Many American soldiers were non-professional militiamen who volunteered for a limited number of months, usually during the spring or summer. After a short stint, they were legally allowed to go back their farms to harvest their fall crops — and typically did.

There were regular soldiers in the Continental Army. But many deserted once they experienced the horrors of combat or the miserable conditions in winter camps. Others left after becoming disgusted by the lack of reliable pay and supplies.

In 1776, Thomas Paine, an aspiring writer who had emigrated to America from England two years earlier, became an aide-de-camp to American General Nathanael Greene.

That winter, Paine decided to write something to try to renew the patriotic spirit of American soldiers and discourage them from deserting or going home when their enlistment period was up.

It ended up being the first in his series of “American Crisis” pamphlets.

The opening sentence became a famous quotation; the second embedded two related metaphors into our language:

“These are the times that try men’s souls. The summer soldier and the sunshine patriot will, in this crisis, shrink from the service of their country; but he that stands it now, deserves the love and thanks of man and woman.” 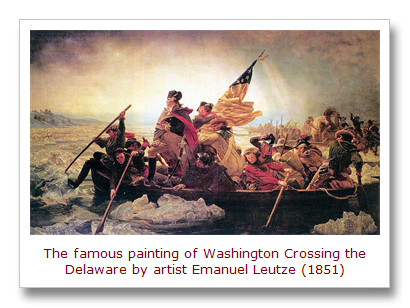 Paine’s rousing treatise was first published in the Pennsylvania Journal on December 19, 1776, then issued as a printed pamphlet on December 23.

The piece provided some very timely and welcome inspiration to General Washington.

In recent months, the British had repeatedly defeated the Americans in battle and forced the Continental Army to retreat from New York into New Jersey. Washington’s troop strength was severely reduced by a combination of death, disease, “summer soldiers” and desertion.

On December 18, a despondent Washington said in a letter to his cousin in Virginia:


“I think the game is pretty near up, owing, in a great measure, to the insidious arts of the Enemy…but principally to the accursed policy of short enlistments, and placing too great a dependence on the militia.”

Five days later, after reading Paine’s new pamphlet, Washington had it read aloud to his remaining troops to inspire them in advance of a upcoming attack he’d planned.

On Christmas night of 1776, he and about 2,400 American soldiers made the legendary crossing of the Delaware River. The next day, at the the Battle of Trenton, they surprised and soundly defeated a group of 1,500 professional Hessian mercenaries who were fighting for the British.

That victory renewed the morale of Washington and the soldiers of the Continental Army. It also attracted many new recruits to the American ranks.

During the next six years, Paine wrote a series of fifteen more “Crisis” pamphlets

. They helped inspire the sense of patriotism and resolve that eventually led to the success of the American Revolution. But none are as significant or as remembered as his first.

It played a role in a turning point in the Revolutionary War. Its opening sentence became one of the best known quotes in American history. And, the second sentence made “summer soldier” and “sunshine patriot” common terms of derision that are still used today to refer to people who give half-hearted commitment to a cause or abandon it when the going gets tough.