The origins of “Rum, sodomy and the lash” – Churchill’s alleged quip about British naval tradition… 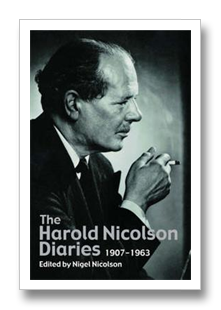 Many books of quotations include a caustic quote attributed to Winston Churchill (1874-1965) in which he supposedly called British naval tradition nothing but “rum, sodomy, and the lash.” (Sometimes given as “rum, buggery and the lash,” using the old British slang term “buggery” to refer to homosexual sex.)

The earliest source commonly cited for this quip is the diary of former British diplomat, politician and author Harold Nicolson (1886-1968).

In a diary entry dated August 17, 1950, Nicolson recorded some anecdotes about Churchill.

One involves a version of the “rum, sodomy, and the lash” quote.

But the version Nicolson wrote about that day included “prayers” in the litany. His diary entry says:

…when Winston was at the Admiralty, the Board objected to some suggestion of his on the grounds that it would not be in accord with naval tradition. ‘Naval tradition? Naval tradition?’ said Winston. ‘Monstrous. Nothing but rum, sodomy, prayers and the lash.’ 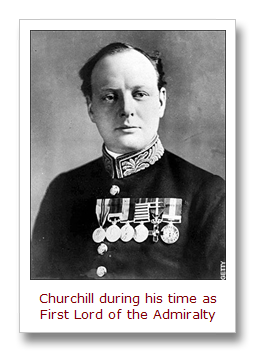 This is why some books of quotations give the alleged Churchill quote as “rum, sodomy, prayers and the lash.” The source commonly cited for the shorter version of the naval tradition quip is a book of reminiscences by former British Vice-Admiral Peter Gretton (1912-1992). According to an anecdote in Sir Peter Gretton, Former Naval Person: Winston Churchill and the Royal Navy (1968), Churchill said it shortly after he was appointed First Lord of the Admiralty in 1911.

With his new authority, Churchill had ordered the British fleet to convert from coal to oil and was mothballing older ships in favor of smaller, faster ones.

A disgruntled Admiral indignantly told Churchill he was scuttling the tradition of the Royal Navy. Gretton wrote that Churchill answered:

“Don’t talk to me about naval tradition. It’s nothing but rum, sodomy and the lash.” 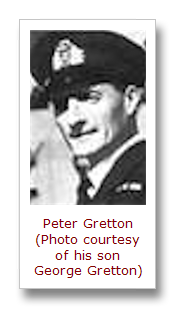 Despite these oft-cited anecdotes, it appears that Winston Churchill never said any version of the naval tradition quote.

According to a post on the website of the Churchill Centre and Museum in London, Churchill told his personal assistant Anthony Montague-Browne that he never uttered such words.

Montague-Browne confirmed this to Richard Langworth, one of the most respected Churchill biographers.

In his great book about Churchill quotations and misquotes, Churchill by Himself: The Definitive Collection of Quotations

, Langworth says that Montague-Browne personally told him that he had asked Churchill about the quote.

According to Montague-Browne, Churchill responded: “I never said it. I wish I had.”

Langworth notes that “rum, sodomy and the lash” is similar to “rum, bum and bacca” — a catchphrase from an old saying about the, er, pastimes of British sailors, dating back to the 1800s:

At any rate, it seems that attributing a quotation about rum, sodomy and the lash to Winston Churchill is nothing but an old British naval tradition.