“A boy’s best friend is his mother.” 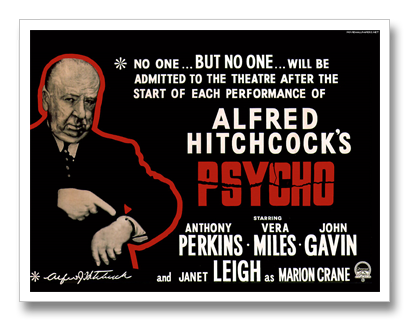 When Alfred Hitchcock’s film Psycho was first released to movie theaters on June 16, 1960, it wasn’t immediately embraced by critics.

For example, in a review published the next day by the New York Times, film critic Bosley Crowther sniffed that the ending “falls quite flat.”

“But,” he added generously, “the acting is fair.”

Of course, in the decades since then, Psycho has been recognized as one of the greatest and most influential films ever made.

The performance of Anthony Perkins as the shy but homicidal schizophrenic Norman Bates has become legendary, as has the famed “shower scene” in which Janet Leigh’s character is stabbed to death with a butcher knife.

Leigh’s performance garnered her an Oscar nomination and a lifetime supply of interviews about the film.

Psycho also includes one of the most famous movie quotes of all time:

“A boy’s best friend is his mother.”

In context, the line is a witty double-entendre, as are many others in the script.

The saying “A boy’s best friend is his mother” is actually an old proverb of uncertain origin.

It wasn’t coined by Psycho scriptwriter Joseph Stefano, or by Robert Bloch in his 1959 novel

that inspired the film.

And, it had been used less memorably in previous movies, such as The Awful Truth (1937), and later ones.

But in Psycho the creepy relationship between lead character Norman Bates and his mother gives the saying an especially dark, drily humorous significance that is apparent once the plot unfolds.

To be precise, what Perkins actually stammers out is “Well, uh – a boy’s best friend is his mother.” 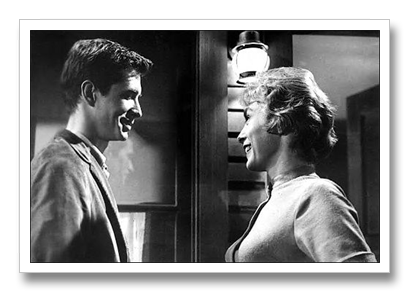 The scene starts when Norman brings Marion a tray of food and invites her to eat it in his back room behind the office, where the walls are covered with dead birds he has stuffed.

Here’s a transcript of the conversation leading up to the famous quote.

MARION: I’ve caused you some trouble.

MARION: (Indicating the tray) You shouldn’t have bothered. I really don’t have that much of an appetite.

NORMAN: It’s all for you. I’m not hungry. Go ahead. (Delightedly watching her eat) You – you eat like a bird.

MARION: (Nodding to the stuffed birds) You’d know, of course.

NORMAN: No, not really. Anyway, I hear the expression ‘eats like a bird’– is really a fals- fals- falsity. Because birds really eat a tremendous lot. But I don’t really know anything about birds. My hobby is stuffing things – you know – taxidermy...

MARION: A man should have a hobby.

NORMAN: (Sitting back) Well, it’s – it’s more than a hobby. A hobby’s supposed to pass the time – not fill it.

MARION: Is your time so empty?

NORMAN: No, uh – well, I run the office, and uh, tend the cabins and grounds, and – and do little, uh, errands for my mother – the ones she allows I might be capable of doing.

MARION: Do you go out with friends?

Once you’ve seen Psycho and know how it ends, watching this scene makes it even more clear just how amazingly smart and subtly funny it actually is.