“Nothing is certain except death and taxes.” 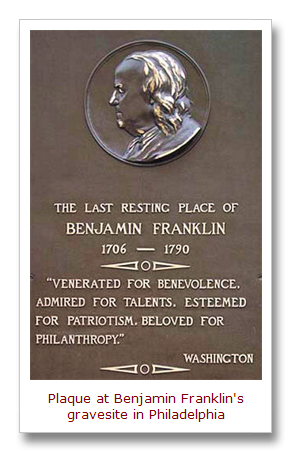 The source of this oft-cited quip is a letter Franklin wrote to French scientist Jean-Baptiste Leroy on November 13, 1789.

But there are some interesting things about the quote that are less well known.

One is that Franklin wrote the letter in French, which he spoke, read and wrote fluently.

Another is that Franklin’s famous maxim was used in reference to the Constitution of the United States of America, which had been adopted by the Constitutional Convention in Philadelphia two years earlier on September 17, 1787.

Two decades before the Constitution was adopted, during the height of the American Revolution, Franklin had served as the U.S. Ambassador to France. There, he played a vital role in gaining French support for the American cause, including desperately needed loans that helped fund the Continental Army.

Franklin became a huge celebrity in France during his term as Ambassador from 1776 to 1785.

But long before that he was already well known to French scientists. His groundbreaking experiments with electricity and his theories on its mysterious properties had been studied and debated in France and other European countries since the mid-1750s.

One French scientist who was an early admirer and later a friend of Franklin was Jean-Baptiste Leroy. Leroy was a physicist and member of the Academe des Sciences in Paris. Like Franklin, he was also a pioneer in the study of electricity.

Leroy and Franklin began corresponding before Franklin became the U.S. Ambassador to France. They became friends during Franklin’s tenure in Paris and kept in touch by mail after Franklin returned to the United States in 1785.

When Franklin wrote his letter to Leroy on November 13, 1789, the French Revolution had been underway in earnest for several months. Franklin had not heard from Leroy for more than a year and was concerned that he may have been killed or executed. 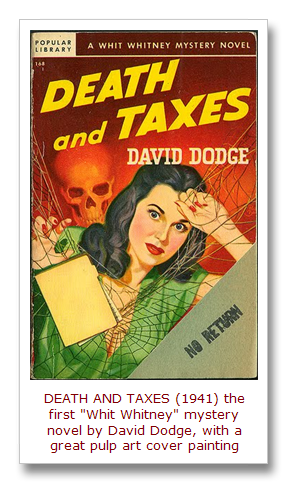 Franklin wrote (as translated to English):

“Are you still living? Or has the mob of Paris mistaken the head of a monopolizer of knowledge, for a monopolizer of corn, and paraded it about the streets upon a pole. Great part of the news we have had from Paris, for near a year past, has been very afflicting. I sincerely wish and pray it may all end well and happy, both for the King and the nation. The voice of Philosophy I apprehend can hardly be heard among those tumults. If any thing material in that way had occurred, I am persuaded you would have acquainted me with it. However, pray let me hear from you...a year’s silence between friends must needs give uneasiness.”

The next sentence, which mentions the relatively new U.S. Constitution, contains Franklin’s famous “death and taxes” quote. He tells Leroy:

“Our new Constitution is now established, everything seems to promise it will be durable; but, in this world, nothing is certain except death and taxes.”

Jean-Baptiste Leroy did indeed survive the French Revolution. He died in 1800 at the age of 80.

Quotation mavens like Barry Popik have noted that Franklin wasn’t the first person to write something about the inevitability of death and taxes. For example, in 1726, Daniel Defoe wrote in his book The Political History of the Devil: “Things as certain as death and taxes can be more firmly believed.”

However, Franklin’s formulation is clearly the best known.

In 1789, when he wrote his “death and taxes” letter to Leroy, Franklin was 83 years old and sensed that his own end was near.

In the next to last paragraph of the letter, he noted:

“My health continues much as it has been for some time, except that I grow thinner and weaker, so that I cannot expect to hold out much longer.”

Five months later, on April 17, 1790, Benjamin Franklin died. On April 21st, with an estimated 20,000 mourners looking on, he was buried in Philadelphia.

Although there continues to be heated debates about the meaning of key provisions of the U.S. Constitution, it has — as Franklin hoped – proven to be quite durable.