“We must love one another or die.” 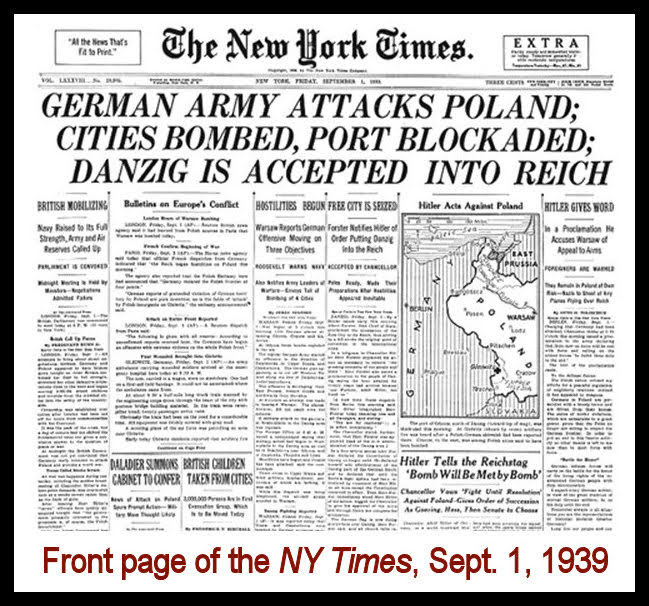 September 1, 1939 is now known as the day when World War II started.

He claimed it was an act of self defense, necessary to protect German citizens and the territorial rights of Germany.

“Germans in Poland are persecuted with a bloody terror and are driven from their homes,” Hitler claimed, in a proclamation he issued that day. “The series of border violations, which are unbearable to a great power, prove that the Poles no longer are willing to respect the German frontier. In order to put an end to this frantic activity no other means is left to me now than to meet force with force.”

Nobody could know at the time that it was the beginning of what would become a horrific worldwide conflict in which 60 million people would die.

But many people who heard the ominous news recognized it as the start of something very bad.

It led him to write a poem reflecting his thoughts upon hearing the news that day.

One line in the poem became an oft-cited quotation: “We must love one another or die.” 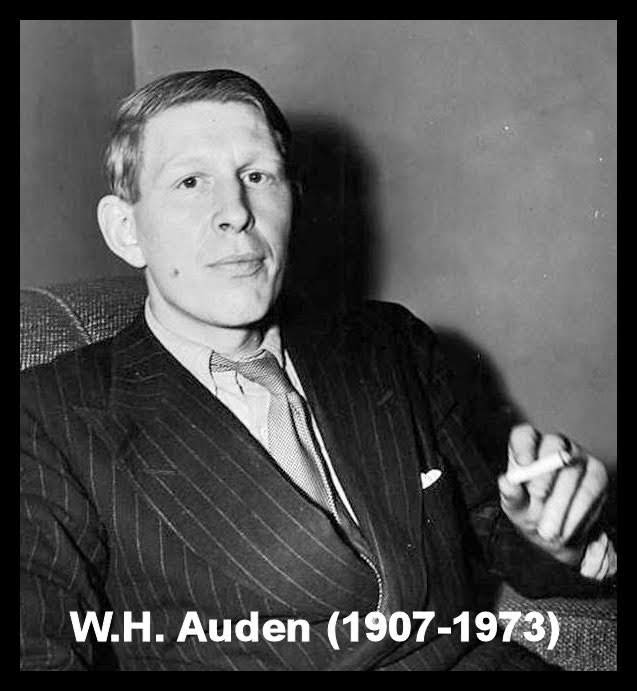 It comes at the end of the next to last verse:

“All I have is a voice
To undo the folded lie,
The romantic lie in the brain
Of the sensual man-in-the-street
And the lie of Authority
Whose buildings grope the sky:
There is no such thing as the State
And no one exists alone;
Hunger allows no choice
To the citizen or the police;
We must love one another or die.”

“September 1, 1939” is an eloquent condemnation of totalitarian governments and war; a plea for human empathy and peace.

Soon after being published, it became famous.

But Auden himself soon decided it was sappy and self-indulgent, calling it “the most dishonest poem I have ever written.”

In 1945, when a major collection of Auden’s was published, he insisted on cutting the entire stanza that ended with the “love one another” line. And, in the 1950s, he started refusing to let the poem be printed at all.

He did give special permission to include it in the 1955 edition of The New Pocket Anthology of American Verse. But he had the famous line changed, inserting the word and in place of or, so it read “We must love one another and die.”

He later said that the original line was “a damned lie! We must die anyway.” 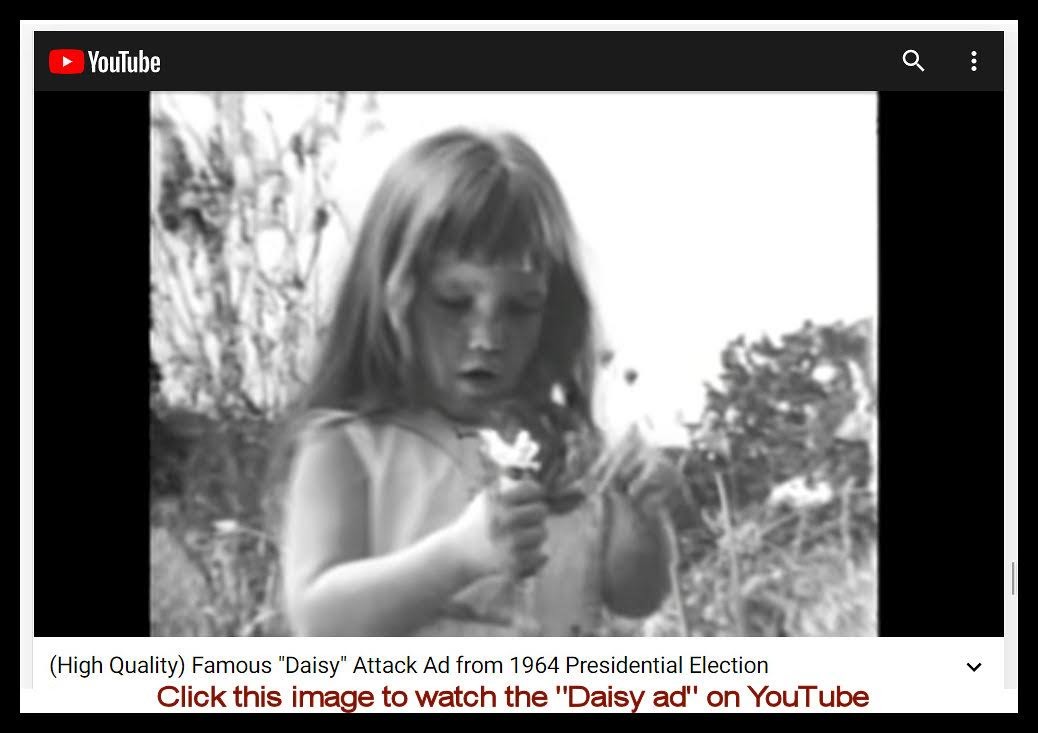 Nonetheless, it was his original line that remained famous.

It was later recycled — infamously — during the 1964 presidential campaign, in Lyndon Baines Johnson’s 1964 TV attack ad against Barry Goldwater, called the “Daisy ad.”

That pioneering negative ad was designed to scare the bejeesus out of voters by painting Goldwater as a dangerous warmonger who would be likely to start a nuclear war if he became president.

In it, a pretty little girl is shown in a field picking petals off a daisy and counting.

Suddenly, an announcer is heard giving a missile-style countdown, followed by shots of a nuclear bomb explosion and mushroom cloud and the voice of Lyndon Johnson saying: “These are the stakes — to make a world in which all of God's children can live, or to go into the dark. We must either love each other, or we must die.”

At the end of the spot, the announcer says ominously: “Vote for President Johnson on November 3rd. The stakes are too high for you to stay home.”

The Daisy ad debuted on Labor Day evening, September 7, 1964, during NBC-TV’s showing of the movie David and Bathsheba.

It was so shocking and so negative for the time that it created a huge hubbub in the press and was only aired during the campaign that one time.

However, the point of the spot and the debate it helped stoke over whether Goldwater could be trusted to have his finger on the nuclear trigger benefited Johnson, who won the election in a landslide on November 3, 1964.

Auden was not a fan of Johnson, Goldwater or politicians in general. The political use of a version of his words “We must love one another or die” probably made him dislike the line even more.

Yet it remains his best-known bit of verse. And, the TV ad in which Lyndon Johnson spoke a version of it remains one of the most famous political commercials of all time.