“Back in the Saddle Again” 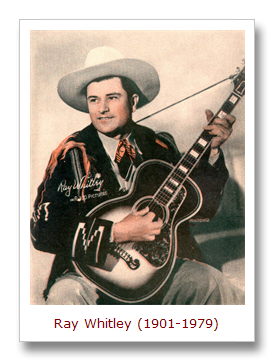 The idiom “back in the saddle again” was already in use before it was immortalized in song by the singing cowboy star Gene Autry.

It was originally applied to cowboys and jockeys who were returning to work, riding on their horses again, after taking a break or recovering from an injury.

By the late 1800s and early 1900s it was being used more broadly as an idiom meaning “a return to normal activities or duties.”

In popular culture, the most famous use is by Autry in the song “Back in the Saddle Again.” He is often credited with writing it.

But, in fact, this familiar cowboy song was not created or first performed by Gene.

Those credits go to Ray Whitley (1901-1979), another early Country Western musician and actor who was inducted into the Nashville Songwriters Hall of Fame in 1981. 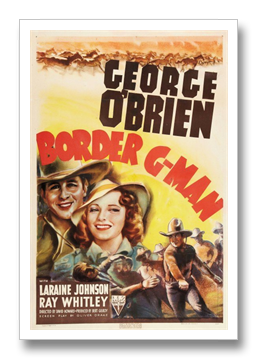 A short version of the story of how Whitley wrote the song is included in the current page about Whitley on the Hall of Fame’s website.

An older version of that web page had some additional detail.

Whitley awakened at 5:00 a.m. (in 1938) by a phone call. Coming back into the bedroom he said to his wife, “Well, I'm back in the saddle again” and explained that RKO-Radio studio had called asking him for a new song to use in a film. She said to him “You’ve got the title for one right there...‘I’m back in the saddle again.’” He sat down on the edge of the bed and wrote one verse and went to the studio where he performed it in the film “Border G-Man” and also recorded it. Gene Autry heard it and loved it. He and Whitley rewrote it and Autry recorded it, sang it in the films “Rovin’ Tumbleweeds” [1939] and “Back in the Saddle” [1941]. It became Autry's theme song.

Ray Whitley’s film, Border G-Man, which introduced “Back in the Saddle Again,” was released to movie theaters nationwide on June 24, 1938.

The main stars of the movie are George O'Brien, Laraine Johnson and Whitley, who sings the song at a party in the film.

Of course, “Back in the Saddle Again” was given much wider fame by Gene Autry, who made it his signature song.

He also sang it in episodes of his 1950s Western TV series The Gene Autry Show and used it as the theme song for his Melody Ranch TV musical variety show, which aired California on KTLA from 1964 to the early 1970s.

When Autry wrote his biography in 1978, he used Back in the Saddle Again as the title.

You probably know the song or at least the opening lyrics.

So, come on, podner, click on the video at left and sing along with Gene...

Riding the range once more
Toting my old .44
Where you sleep out every night
And the only law is right
Back in the saddle again

Now check out the updated use of the phrase “back in the saddle” in the steamy novel series by bestselling author K.F. Breene. She appears to have popularized it with a whole new audience.